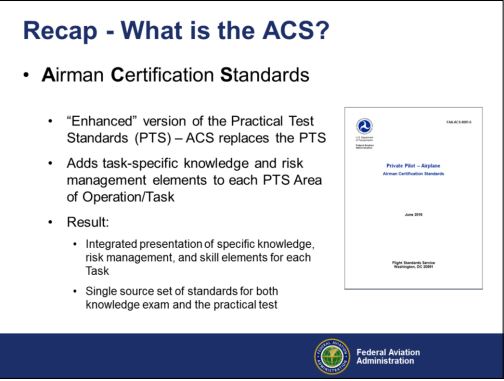 Have you heard the news? The testing standards that FAA Designated Pilot Examiners use to test airman for pilot certification is changing! The Practical Test Standards are in the process of being replaced with the Airman Certification Standards!

The process of creating the new standards begins with the Aviation Rulemaking Advisory Committee.

The Private Pilot standards have been approved by the ARAC and forwarded to the FAA for further development, implementation and public comment.

If you have any questions, feel free to reach out!