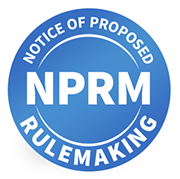 Below is some insight on the upcoming medical regulations for balloons and timeline for implementation.

We will keep an eye out for the NPRM expected soon!

Earlier this summer we provided a balloon medical regulation update from FAA Administrator Dickson stating that the rule would be released by the end of the year. We now know that it is targeted to be released in November. We’ve been asked by many what we think it will say. We know it will at the very least require medical certificates for commercial pilots. This was mandated by the FAA Reauthorization Act of 2018 passed by Congress and signed by former President Trump. It stated that the FAA “shall revise section 61.3(c) of title 14, Code of Federal Regulations (relating to second-class medical certificates), to apply to an operator of an air balloon to the same extent such regulations apply to a pilot flight crewmember of other aircraft.” As you know, Congress makes the laws, so we would expect the rule to satisfy this congressional mandate.

I’ve had a number of people reach out about the upcoming balloon medicals regulation. A couple of items:

The NPRM is expected to be released very soon!

The NPRM is released!