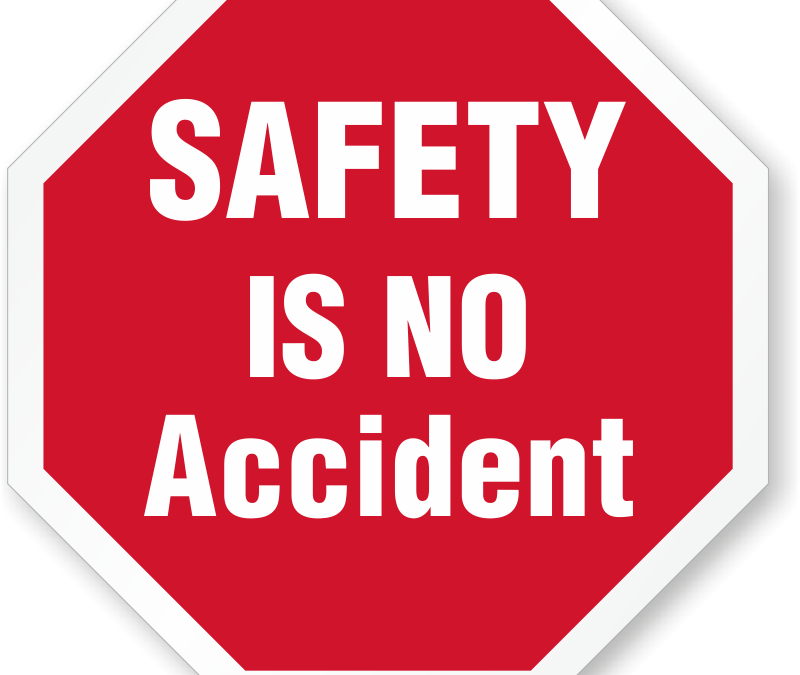 Taking a step back on safety

I was asked the other day, “Why are you so focused on safety?”

The short answer is to prevent additional regulations.

How does that work exactly? You might have heard the old saying that regulations are written in blood. New regulations are often created due to accidents. Fatal accidents have the power to create change. There is no better example of this than the deadly day in Lockhart, TX in 2016 when 16 lives were tragically lost in a balloon accident.

Let’s go back in history a bit before that; on April 7, 2014, the NTSB discussed the need for additional oversight of hot air balloon ride operations. The recommendation called for a Letter of Authorization (LOA) from the FSDO for each operation. Around this same time an FAA inspector wrote a white paper, concise report on a complex issue, discussing the need for more oversight on hot air balloons. In the white paper, the FAA inspector discussed how easy it was to obtain a commercial balloon certificate and subsequently open a ride business without any FAA oversight. In other forms of aviation, although you’re a commercial pilot you can’t offer paid rides to the public. You have to also set up a charter operation which has its own regulations and oversight from the local FSDO. The inspector discussed the need for balloon operations to have a LOA with their local FSDO, thereby increasing oversight.

July 30, 2016, then changed the discussion. The fatal crash in Lockhart gained national media attention and the attention of the NTSB and Congress. The easiest headline for all to grab was the medical issues surrounding the pilot. Whether you’re for or against medical certificates for balloons, whether you think it would contribute to safety or if the pilot would have even followed required medical regulations, all these points are moot.  With the help of Ted Cruz and other members of Congress, various bills were presented to require medical certificates for balloon pilots. The final version of the legislation was attached to the FAA re-authorization bill and passed. The FAA was mandated to “Not later than 180 days after the date of enactment of this Act, the Administrator shall revise section 61.3(c) of title 14, Code of Federal Regulations (relating to second-class medical certificates), to apply to an operator of an air balloon to the same extent such regulations apply to a pilot flight crewmember of other aircraft.”

While we are still waiting to see how the FAA will enact the bill, this gives a prime example of how regulations are written in blood. Had it not been for Lockhart and the circumstances surrounding the pilot, we likely would not be faced with pending medical regulation.

The NTSB however is not stopping at medicals. Additional oversight of balloon operations is also not going away. If you didn’t catch the March 23, 2021, meeting of the NTSB I’d encourage you to watch it here: https://ntsb.windrosemedia.com/03232021/ The NTSB is still pushing for additional oversight of balloon operations.  It’s probable that Congress will continue to get involved and require the FAA to act. I say all of this from the viewpoint of stepping back and observing, not that I agree or disagree, just stating the facts. Ultimately, none of this is in our control. That deadly day In Lockhart provided the platform for the NTSB to springboard off of.

The best way to direct some of the backlash on ballooning is to become safer as a community.

What’s interesting from Lockhart is the pilot’s disregard for a number of regulations. That was discussed by the NTSB, FAA, and BFA. As we all know, anti-authority is a hazardous attitude. It’s the attitude that rules don’t apply to you. A pilot must remember that rules are there for a reason and that reason is safety. It’s not listed as one of the 5 hazardous attitudes for nothing! It leads to accidents and deaths.

At the time of the NTSB Lockhart hearings in 2016, the BFA requested from the FAA a point of contact. Exhibit No. 1-P from the NTSB hearing, “it would also serve for the BFA to identify those operators that are resistant to compliance or are blatantly non-compliant. This would serve the same as the FAA Hotline, but would assure immediate recognition of any serious problem that may be found. This follows the FAA’s compliance-based philosophy program by finding those persons that may damage the safety culture and potentially removing them from the NAS.”

A local pilot around Lockhart had actually “turned in” the pilot to the FAA previously. On January 4, 2013, information regarding the pilot’s previous alcohol related motor vehicle violations was received in the FAA’s Security and Investigation Division’s DUI/DWI group email box. Back in 2013 this may have been thought to be a small infraction to not report prior DWIs to the FAA in a timely manner. Only since the deadly day in Lockhart in 2016 do we realize how that one complaint for a small infraction could have changed the course of history. The FAA investigated and closed the investigation with a Letter of Counseling to the pilot because the last DWI was in 2010 and considered “stale” 3 years later. How would have turning in the pilot earlier for failure to report any one of his DWIs according to regulation have changed history?

While it might be appropriate to “turn in” a pilot, I don’t believe this is a complete solution in striving for zero fatalities. The best way to achieve zero fatalities is to raise the bar on hot air balloon education. It’s impossible for pilots to remember every regulation. I’m lucky to remember what I had for breakfast most days. That’s why it’s important to complete an effective flight review, attend safety seminars, watch LTA Outreach Series webinars, and ask for help. Education is the cornerstone of safety. I always say there is only so much we can jam into our brains, eventually knowledge leaves us. We have to try to constantly replenish or refresh our knowledge.

The FAA’s compliance philosophy is all about education and training. If a pilot is found in violation of a regulation the FAA in most cases will suggest counseling. If the pilot is found to have a willful disregard for the rules, then probation, suspension or revocation of the pilot certificate is used. The WINGS Pilot Proficiency program is all about education and training. I believe education and training are the best way to accomplish the goal of zero fatalities. If we strive as a community to learn and grow, we can self-regulate and prevent additional regulations. When we stop learning and growing or when we have accidents, that’s when we allow the door to be opened for stricter regulations.

We need to educate and train on the regulations. We also need to shift our internal safety culture. In college I had a tax law professor say two things that have stuck with me.

When there is an accident, if the pilot is found to have broken a regulation its game over for the community. There is no better way to open the door to more oversight and additional regulations than a fatal accident probe finding broken regulations. It’s like bringing gasoline to put out a fire.

I believe it’s important to have frank discussions as balloonists with balloonist about the regulations. There is so much guidance out there on the regulations in their application from orders, ACs, policy memos, legal interpretations, and case law. Regulations for balloons can be filled with gray, but we can get to black and white with research and understanding as a community. Knowing and understanding the regulations doesn’t give the FAA and NTSB gasoline to put on a fire. Understanding, following, and thorough instruction of the regulations gives them a fire extinguisher. That’s how we prevent additional oversight.

The deeper understanding of regulations also allows us the opportunity to talk with the FAA on a different level to advocate for change. As a personal example, I believe balloonists can safely operate lower than 91.119 (minimum safe attitude) prescribes for non-congested areas. This has been debated for balloons since long before my time. But still, every year balloon pilots have enforcement action for breaking 91.119. FAA legal interpretations and Administrative Law Judges have provided a lot of clarification for 91.119. Using these clarifications, I submitted a proposed comment to amend 91.119 and allow for balloons to operate at less than the minimums prescribed in other than congested areas. However, based on past decisions stemming from accidents, the FAA will not change regulations to allow a balloon to operate below the minimums prescribed in over congested areas.

The effects of Lockhart will be felt across ballooning for many years to come. We must strive to understand the regulations, even those that we would rather not, so that we can have meaningful conversation. As a community we must all become champions of safety and continue to learn from one another. We can control our own fate when it comes to oversight and additional regulations, let’s strive for zero fatalities.

Amen, we need to talk safety every day, every flight, every student and every event!